All ALD laser devices include in-clinic training and are backed by a two-year warranty.
​​​​​​​ 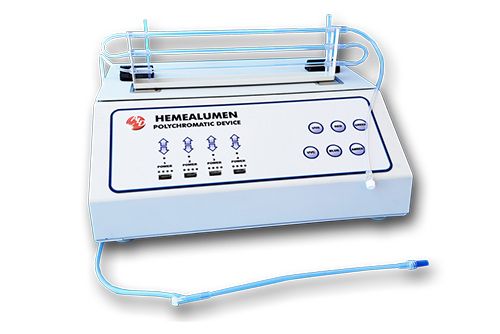 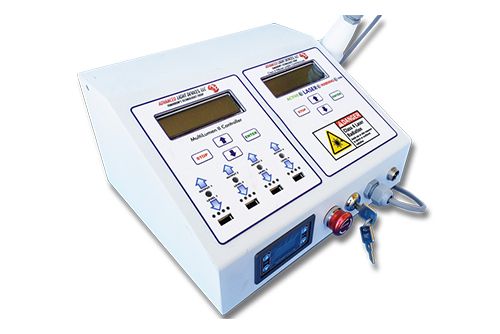 A 16-watt, 980nm high-power laser with a lightweight handpiece that delivers optically-dense infrared energy to deep tissues, muscles, joints, and organs, thereby significantly reducing treatment time vs. Class III Laser devices. When combined with ALD’s MultiLumen topical device driver, a physician can stimulate circulation, reduce recovery times, combat stubborn conditions like neuropathy and acute and chronic pain, and monitor peripheral vascular and sympathetic nervous system functions. Another use of the ML1001 is for stem cell treatments: use the ML1001 to prepare the receptor site by hyper activating cellular activity and increasing circulation in the target area, a process that serves to attract stem cells as well as exosomes, peptides, minerals, vitamins or kemo types.
​​​​​​​ 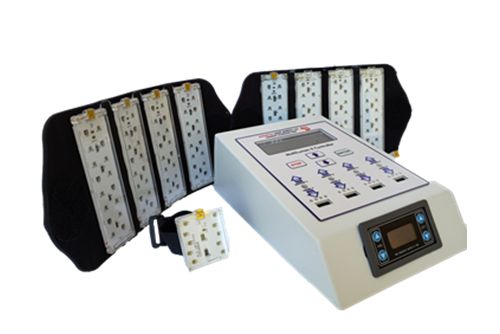 The ML-1001 MultiLumen generates a significant amount of photonic energy, capable of powering a broad array of light-based therapeutic tools. Each tool can be adjusted in resolution to treat a variety of medical conditions, from injuries and joint disorders to arthritis and neuropathy. 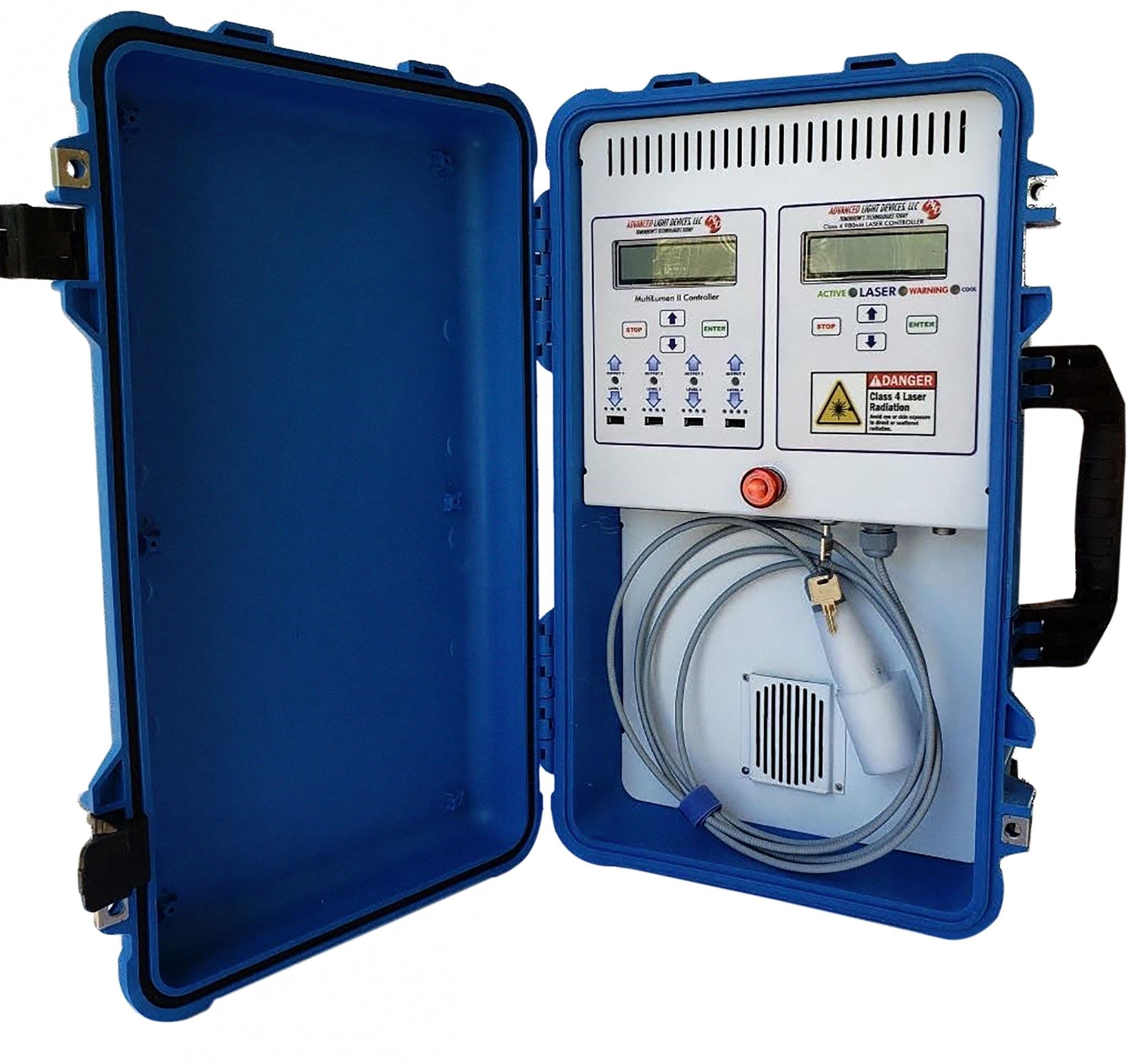 A 16-watt Class IV laser system FDA-approved for use by veterinarians, to facilitate healing for Arabians and other horse breeds. The system is housed in a sturdy wheel-mounted mobile case that protects the electronic components during treatment in stables and on grounds. This mobile unit can also be used by chiropractors who work at multiple locations and require ease of transport for their HPL System. ALD’s Trivette™ is a uniquely-designed cuvette comprised of three 12” quartz tubes in a parallel arrangement. This design lengthens the time blood components are exposed to the photonic energy by 300%, and thereby infuse energy in an amount never before available for this treatment modality. 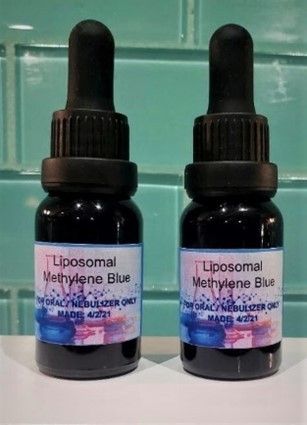 Studies have concluded the combination of Red-Light Therapy along with sublingual and/or nebulization of Liposomal Methylene Blue has shown to prevent and reduce the effects of COVID-19 and the Post Viral Syndrome, also known as the Long Haulers Syndrome. Recent research has shown that methylene blue may be neuroprotective against several cytotoxicity related diseases such as stroke and Parkinson’s disease to include High blood pressure as well. Methylene blue is an electron carrier, which allows it to function against malaria and methemoglobinemia, and is highly beneficial in cytotoxic situations in the brain as in cardiac tissue, it encourages cellular oxygen consumption and decreases anaerobic glycolysis.
​​​​​​​

These benefits are highly relevant to conditions such as Alzheimer’s disease, Parkinson’s disease and stroke. Direct comparisons to antipsychotic drugs, such as phenothiazine, showed that methylene blue has similar neuroprotective effects, but a different mechanism.

​​​​​​​Studies have also showed enhanced improvements with the combination of red-light therapy and Liposomal Methylene Blue include:

*Decreases the infection process of COVID-19 and protects and decreases the Post Viral Syndromes.

*Aids in respiratory illnesses like flu viruses and allergies as in asthma and rhinitis. 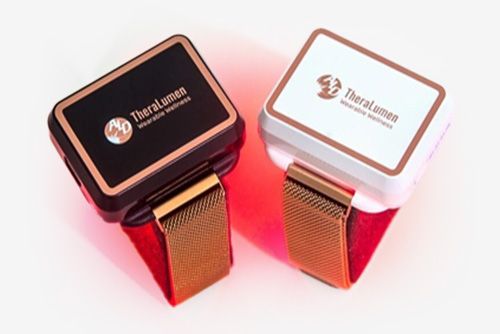 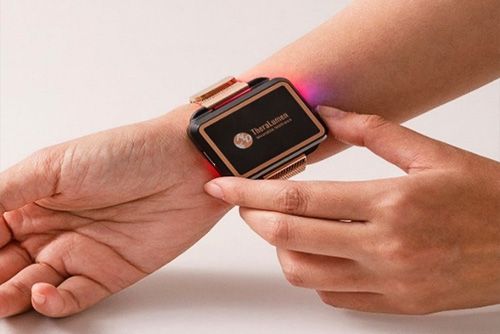 Red light therapy (RLT) has been studied since the early 1990s by many scientists, including NASA due to its inherent properties of promoting growth and photosynthesis. The patent pending TheraLumen wearable is designed to effectively emit dual red-light wavelengths and is programmed for 30-minute sessions, which is the most effective time to reap the optimum beneficial effect of photo red Light Therapy. With a full charge, three sessions can be accomplished before recharging is required.

TheraLumen™ has shown to help by:

Red light works by producing a biochemical effect in cells that strengthens the mitochondria. The mitochondria are the powerhouse of the cell — it is where the cell’s energy is created. The energy-carrying molecule found in the cells of all living things is ATP (adenosine triphosphate).

From Peter L: When I went to the conference, I had an infected tooth as was told by the dentist that it would require a root canal. I tried treating it with essential oils including clove and oregano and chlorine dioxide with DMSO. None of these treatments worked. I bought your Thera Lumen wrist LED device with the NanoBlu-liposomal methylene blue that you had at the show. I put the device partially in my mouth with the LED's shining towards the tooth and gums. After using this for about 4 days the infection was completely gone. I am totally impressed.

Thanks for saving my tooth and eliminating the pain.

Amber B: I bought the TheraLumen to increase my endurance while running and yoga. My 2 ½ year old daughter had an ear infection with a 103.5-degree fever, she was lethargic and shaking. My husband and I put her in the bathtub to bring down the temperature. That didn’t work, while I waited for the doctor to call in a prescription, I decided to put the TheraLumen on her wrist. After 20 minutes of the TheraLumen to my surprise she was a happy little camper with a temperature of 97.8-degree. She was hungry and wanted to play peak a boo, her fever never returned.

For more information on TheraLumen contact us for a distributor in your area, info@aldmed.com

TheraLumen has not been evaluated by the Food and Drug Administration. TheraLumen or Advanced Light Devices, LLC products are not intended to diagnose, treat, cure or prevent any disease. Consult your physician before using TheraLumen. 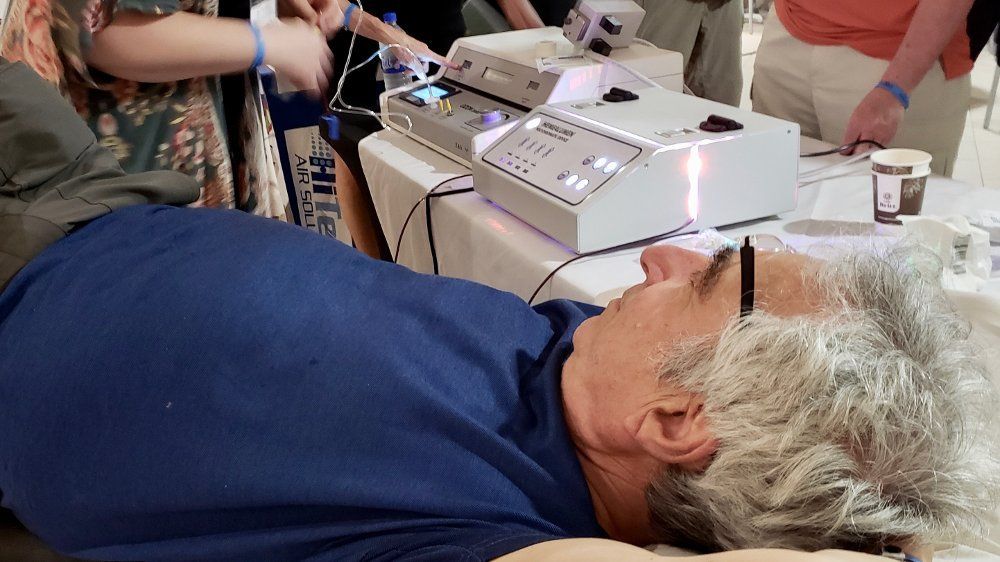 At Advanced Light Devices , we provide the highest quality other care to all our patients. Schedule your appointment today.

We've copied your review, after you click 'Publish' please paste your review by selecting 'ctrl' + 'v' into the review comments section.